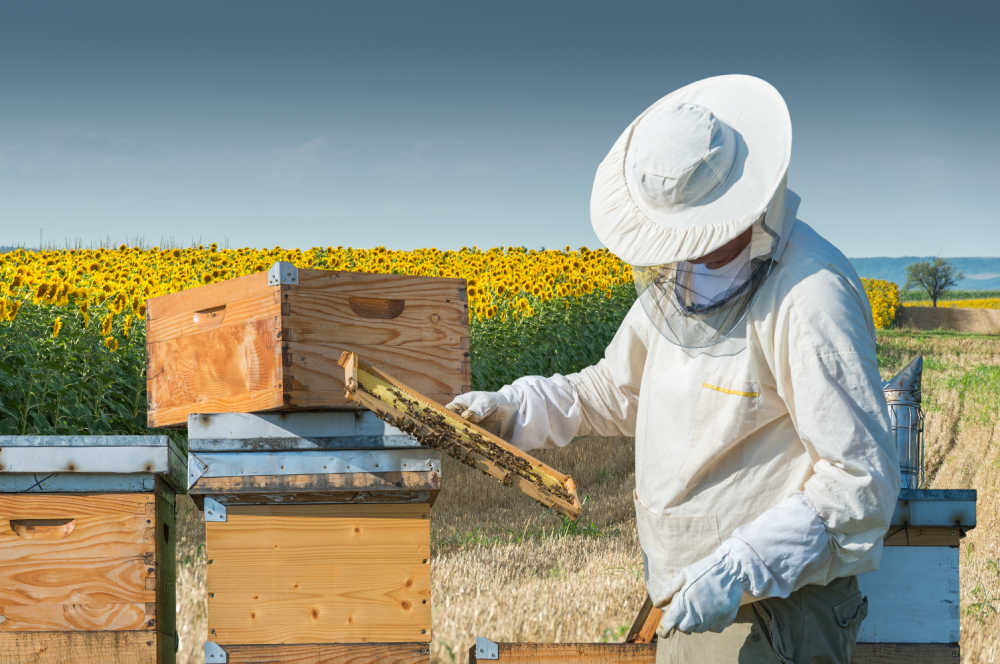 One of the trickiest decisions beekeepers face is when to add a honey super to the hive. Leave it too late and you get crowded, unhappy bees. But adding a super too early can create new issues that impact the growth of your colony.

In this article, we’ll help you get the timing right for adding a honey super to your growing colony. This is a complete guide, answering all the commonly asked questions about beehive supers.

When should I add a super to my beehive?

The best time to add a super to your colony of honeybees is in spring and summer when there is strong population growth and swarming is more likely. Use the 7/10 rule, meaning the bees should have used seven out of the ten frames in the current boxes before adding an additional super.

New to beekeeping? You might also like to learn how to feed bees or how to attract a swarm of bees.

Why do I need to add an extra honey super?

Adding a honey super to a hive can ease crowding and allow additional space for the harvesting of honey. It will reduce the chance of your colony swarming if they have sufficient room to expand.

Can honey supers be added too soon?

It may be tempting to add plenty of space for the colony well ahead of time. In theory, this should reduce the chance of swarming and provide the bees with room for expansion. But adding a super too soon can stress out the bees, make them vulnerable to wax moths, and set their expansion back. This is especially the case in weak colonies. Check out our article on honey bee threats for more info on this subject.

Adding a super makes it harder for honey bees to balance the hive’s humidity and temperature. In cold weather the open space results in heat loss; in hot weather, cooling the brood nest is more difficult.

Additional space requires the colony to allocate additional resources to the new area. Worker bees are now required to guard, maintain, and clean a much larger area. This can prove a liability that stresses the bees.

Bees prefer to build upwards, so adding supers too early can cause the bees to build vertically before building out the supers they already have. This isn’t efficient for honey collection and it will impede colony growth.

Tip: If your hive has no surplus honey then you may be wondering why? This resource looks at reasons why there is no honey in a hive.

What is a honey super?

A super, bee box, or honey super is a box that gets added to the beehive for honey storage. The word super is an abbreviated version of “superstructure”. Although supers used to be medium or shallow in size, today the standard Langstroth supers can be shallow, medium, or deep.

The most common configuration of supers is shallow and deep, although some beekeepers prefer to only use mediums. Bees are flexible with the sizing choices and will adapt to whatever you choose.

Beekeepers usually divide the hive body up into two sections: a brood nest area and an area for the storage of winter honey. The hive body generally consists of at least one deep box and another one or more extra boxes, depending on the hive’s needs. This area is designated for the bees and the honey is never harvested by the beekeeper.

What size super should I add as my colony expands?

When deciding what size super to add, the beekeeper should think about how much weight they can carry. A shallow super is the most popular size for collecting honey as it is the easiest to lift.

Once a shallow super is filled with honey, it weighs around 40-50 pounds. This is much lighter than a full medium, which weighs over 60 pounds. Deeps can weigh more than 90 pounds once laden with honey, making them an unpopular choice for honey collection.

Should I super the top or the bottom?

When supering a beehive, the beekeeper must decide where to position the box for best results. Top supering is the best option, which involves placing it under the inner cover, on top of the highest box.

How long do bees take to fill a honey super?

It takes roughly 7-14 for a strong colony to fill a shallow super. This timeframe will reduce if honey bees have a plentiful supply of nectar and pollen nearby. A super that has no beeswax comb may require one week to draw comb and the second week to fill it.

Quick tip: always have one or two spare supers on hand as ordering extra may take too long to arrive.

Are there times when I shouldn’t add an extra super?

If the collection season has come to an end in your area, then it’s not worth adding extra supers. There is little point in creating extra space that won’t get filled. Also, if the colony is making queen cells and getting ready to swarm, it’s probably too late to provide them with more space; they’re already in swarm mode.

Should I use a queen excluder?

Queen excluders restrict the queen bee from entering the honey supers. The smaller worker bees can easily fit through, but the larger queen is unable to.

Although an excluder may reduce the honey harvest slightly, it is still considered good practice to use one. Without it, beekeepers end up with brood in the supers which reduces honey output and is messier to deal with.

Tips for adding supers to a beehive

How do I remove a honey super?

When the honey flow ends, it may be time to remove the supers. Always check the cells are capped before removing any frames. If you see any uncapped, leave it a few days before removing.

To remove the supers, wait for a fine day and follow these steps:

How many beehives should I start with?
How to winterize beehives for best results.
How to inspect a beehive the right way.
Where should I position my new beehives?

Knowing when to add a honey super becomes easier as you gain experience in beekeeping. It helps to understand the local nectar supplies and when your colony is hitting peak honey production. During this time, keep a close eye on your bees, ensuring they don’t become overcrowded.

The basic rule of waiting for seven out of ten frames to become full before adding a new one is useful. But factor in local conditions and consult with other beekeepers in your area for more specific guidance.

Keeping detailed notes will also help your decision-making in future seasons. Armed with data from previous years and experience, you’ll soon be on your way to making the best decisions for your colony. 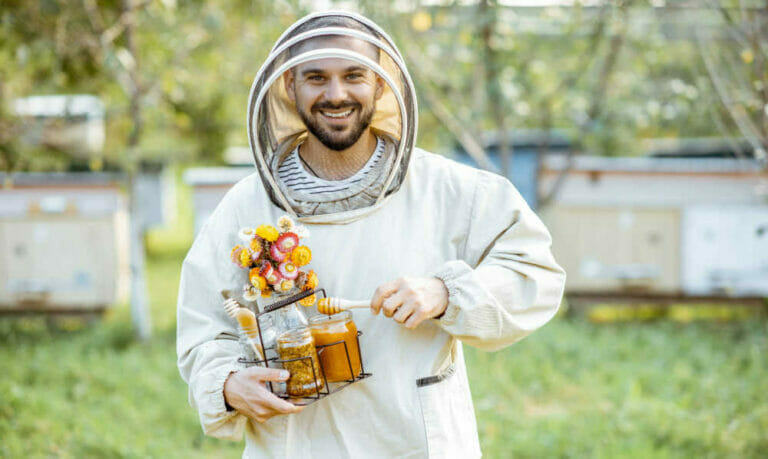 So, you’re thinking about becoming a beekeeper but need a little encouragement to take the plunge? To help you out, we’ve pulled together the biggest list of beekeeping benefits on… 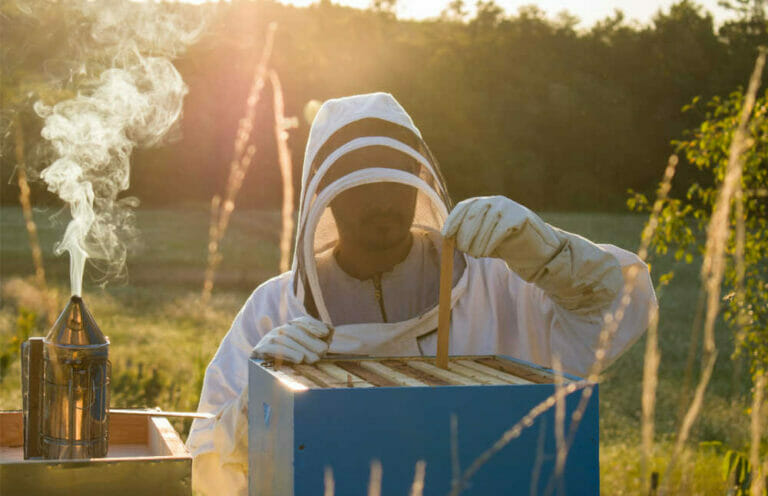 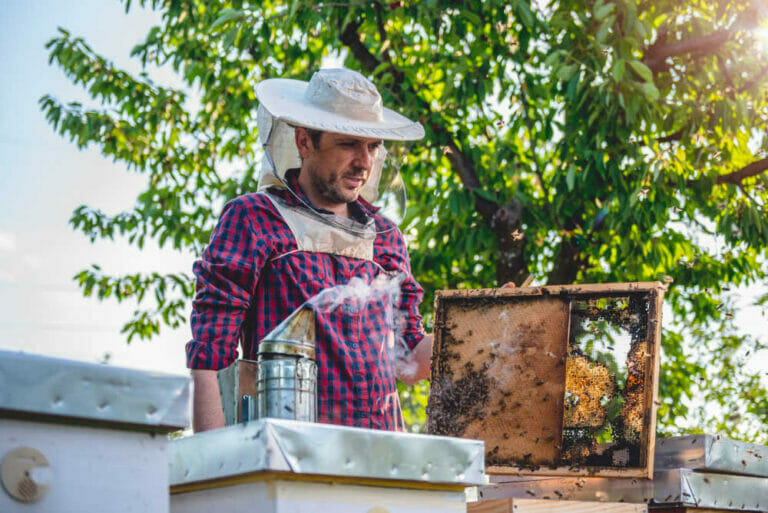 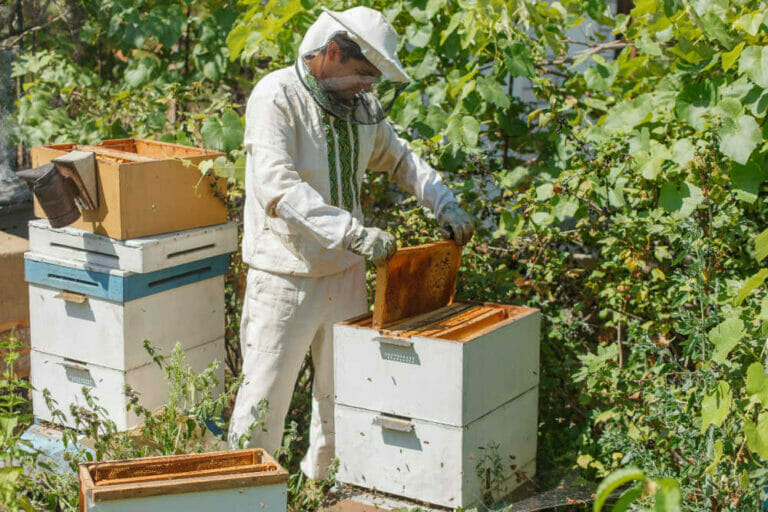 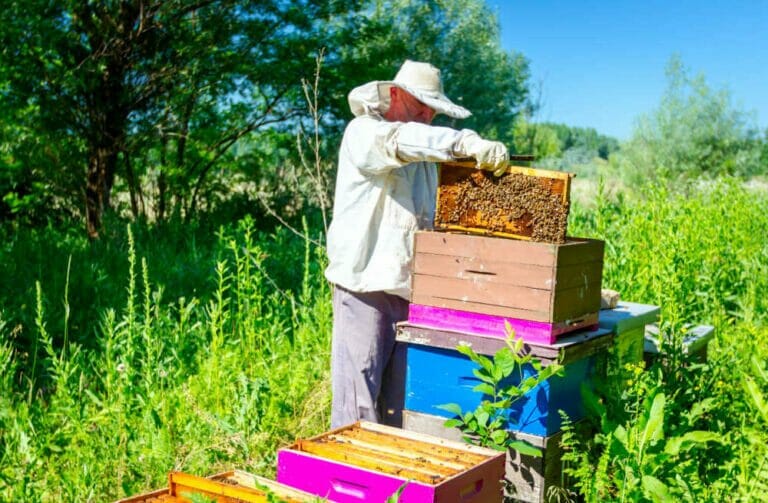 Small hive beetle (SHB) can have a crippling effect on honey bees. Their mobility allows them to quickly move to new hives, especially those that appear vulnerable. The easiest way… 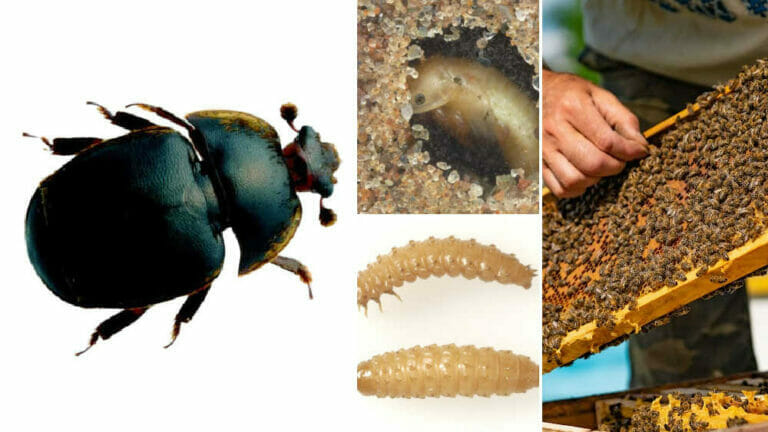