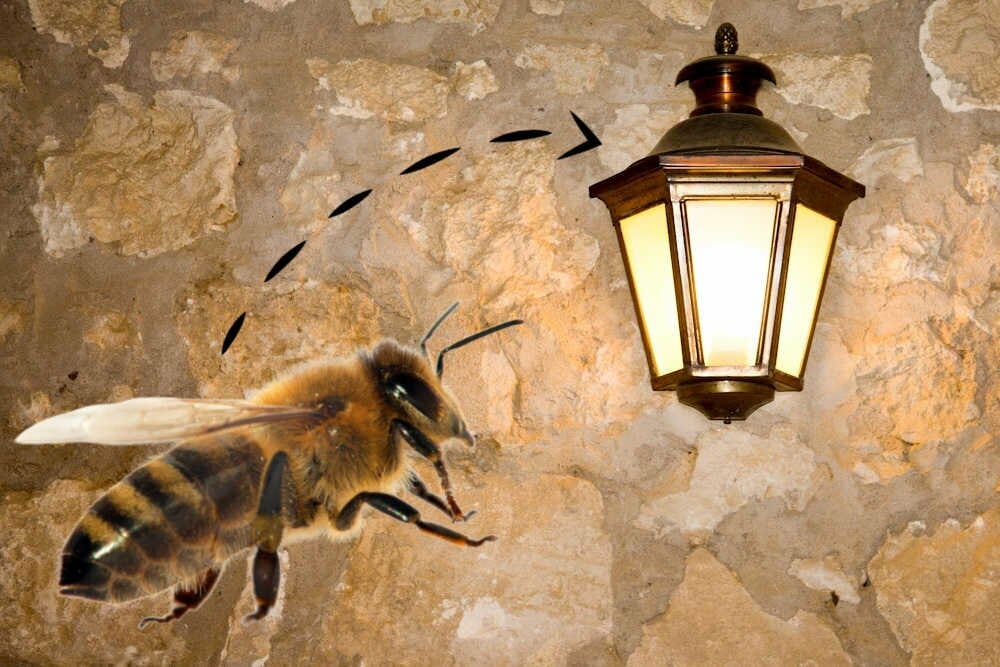 Honey bees have an innate positive phototactic response to light which is science-speak for “bees are attracted to light”. This is common with beetles, flies, moths, wasps, and many other insects in the animal kingdom.

The instinct to follow light is stronger in mature forager bees. Source. Younger nurse bees spend all their time inside the dark hive, so light is of little interest to their undeveloped system.

Phototaxis is the movement of an organism due to light. When a living creature has positive phototaxis it is drawn towards the light stimuli while negative phototaxis forces it away.

Are bees attracted to light when it’s dark?

Bees prefer to relax or sleep at night so they’re highly unlikely to leave the security of their hive for nearby house lights or other light sources.

Studies have shown that forager bees are less responsive to light at night due to their circadian rhythm. Light intensity needs to be 10,000 times higher for bees in deep sleep to react to light.

Researchers have found that bees may be attracted to shorter wavelengths such as blue and ultraviolet wavelengths. This explains why bees also prefer blue flowers rather than red ones. You can read some of the research on this topic here.

Are bees attracted to bug zappers?

Insect traps like bug zappers use a UV lightbulb to lure insects into their vicinity and then electrocute them with electric grids. Although a zapper could attract and kill a bee, this is unlikely as bees stay in their hives at night.

Why do bees fly towards lights at night?

Bees rarely fly towards the light as they’re too busy working inside the hive or resting after a hard day foraging. If you spot a bee heading towards your artificial lights, it could be because they have the Apocephalus Borealis parasite.

Also known as the Zombie fly, this parasitoid phorid fly is native to North America. It lives off other insects like paper wasps, bumblebees, and honey bees.

Honey bees that have been parasitized perform uncharacteristic acts like walking around in circles and flying at night. Disorientation may also cause them to fly towards bright lights. Affected bees will die soon after.

Other possible reasons for bees to become attracted to light are they’re swarming or bearding late at night due to weather extremes. Alternatively, there may be a powerful artificial light source that confuses the bees into thinking it’s still daylight.

How to stop bees flying toward your lights

If you have nearby hives to our home, then make sure any bright lights near the hive are turned on after sunset. By that stage, the colony will have settled and won’t get distracted. You can also try using red lights which bees are less attracted to.

Are bees bothered by light?

Like humans, bees need to rest at night and prefer dark, quiet conditions. Too much artificial light could confuse the foragers, causing them to continue working at night. It is best to keep lighting away from beehives.

All insects, including bees, are drawn to cooler LED tones like blue or green light. However, they are less attracted to LED lights that give off warm tones on the light spectrum. If you want to detract bees, then consider using LED lights with higher wavelengths like red.

15 types of bugs attracted to light

Do bees fall when the lights are turned off?

It may sound hard to believe, but several videos show that honey bees instantly fall to the ground as the lights get turned out. Video footage showing this was recently captured by Hamish Symington, a Ph.D. student at Cambridge University, UK.

Scientists are unsure why bees would drop instantly rather than a more graceful descent. One theory is that it’s an extreme “fight or flight” response to a potential threat; another hypothesis is a safety mechanism to stop them from getting lost until the light returns.

Is it normal for bees to be out at night?

Although there are tropical species of bee that have evolved to forage at night, most types of bees are not active at night. They work long hours in spring and summer, so getting rest is necessary to keep the hive fully functioning.

How do I remove a bee from my room at night?

To humanely remove a bee from your room, grab a large bowl and some paper. Gently coax it into the bowl and cover it before letting it go outside. Try to keep the outside lights off to avoid distractions for the disoriented bee.

If you enjoy learning about honey bees, you may like to check out if bees breathe and how they fly. 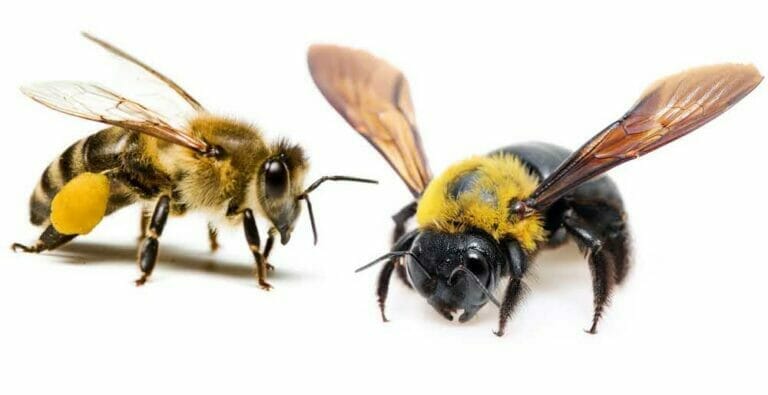 The honey bee and carpenter bee are both eco-friendly insects that do a fantastic job as pollinators. They are both from the Apidae family but side by side, each species… 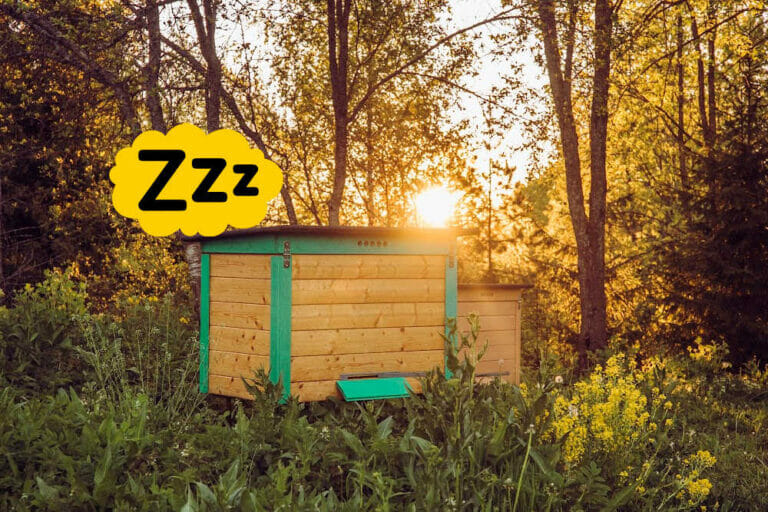