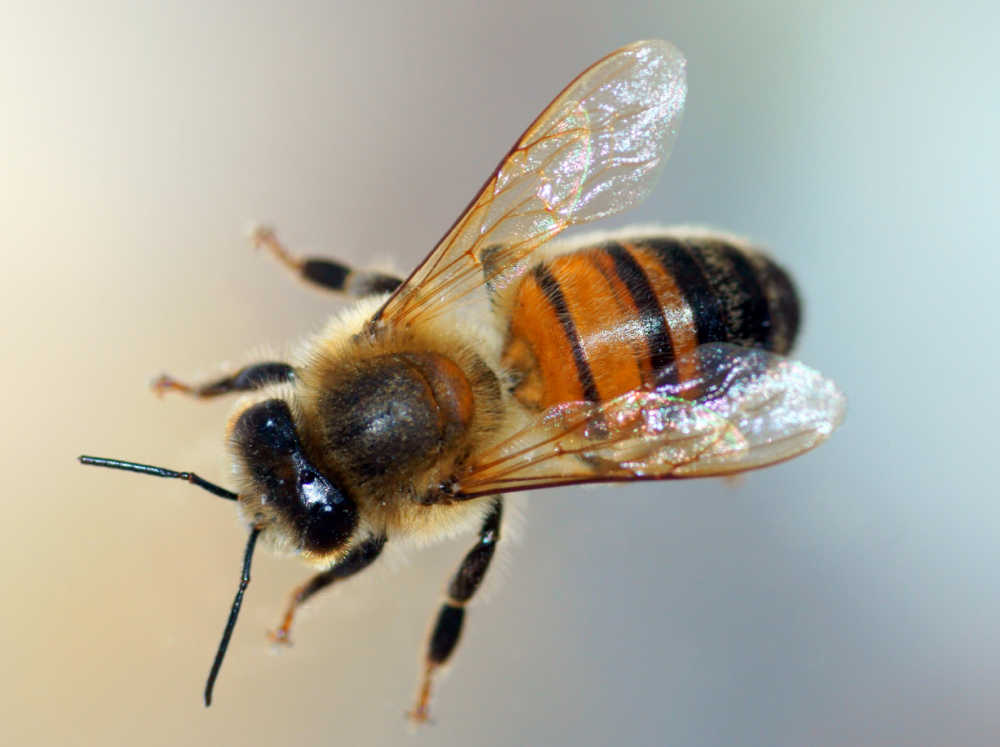 For a bee colony to prosper and grow over time, it requires a range of different types of bees. Most of us see worker bees hard at work in the garden, but drones are also essential members of the hive. In this guide, we’ll explain what a drone bee is, what it’s useful for and more.

Drones are large male bees that are made from unfertilized eggs. Their main job is to mate with the queen, so their life is short and simple. If they get to mate they’ll die during the process; otherwise, as winter arrives they’re cast out of the hive and left to die.

Anatomy of a drone

The drone can vary significantly in size, but they’re usually much larger than worker bees and smaller than a queen. They have large wings and well-developed flight muscles which allow them to fly at around 22 miles/hour. This is useful for chasing the queen bee during mating.

A drone’s eyes are also very large and this makes them easy to identify when trying to spot them in a hive. Their over-seized eyes improve their vision which helps them locate the queen bee and assists during mid-flight mating.

Beginners to beekeeping may mistake the drone for the queen. They’re a similar size, but keep in mind the drone is stockier with a rounder head and noticeable rounder butt. A queen also has much shorter wings.

What is the role of a drone?

The main role of a drone bee is to mate with a queen. They are a part of the hive in spring and summer, flying out often in search of the Drone Congregation Areas (DCAs). In this zone, a drone will wait high up in the air for the queen to enter the DCA.

The queen will mate with multiple drones. There may be 12-20 drones that get the opportunity to mate with the queen. For a beehive to achieve genetic diversity, thousands of drones from hundreds of other hives also attempt to mate with the virgin queen.

In addition to mating, a drone is useful for regulating hive temperature. They will flap their wings, along with the worker bees, to cool the inside of the hive.

The first appearance of drones in early spring offers a helpful warning to beekeepers. It’s a sign that swarm season is beginning and the queen will be looking to mate.

How many drones are in one beehive?

A beehive may have 10-15% drones in the colony during spring and summer. That means the hive could have several hundred or possibly several thousand male drones.

Can a hive have too many drones?

A healthy hive should contain roughly 10-15% drone population. If you’ve got too many drones, that means your queen is laying unfertilized eggs due to improper mating. Check the middle of your frames for excessive drone cells and consider replacing the queen if necessary.

Do drone bees die after mating?

Once winter arrives, any drones that didn’t get the opportunity to mate are forced out of the hive by worker bees. They will soon die from hunger or cold weather.

If a colony decides to swarm, the drones will fly as part of it. The queen bee needs them to mate with, so no swarming takes place without drones. Drones also fly in mating swarms, releasing pheromones to attract queen bees.

How drones are born

The queen bee and laying worker bees can produce drone eggs. The queen decides whether or not to lay fertilized eggs (drones) based on the size of the cell built by workers. The size of a cell is a little larger for drones and workers build these cells based on the needs of the hive.

Did you know? A drone egg isn’t fertilized and is the only type that can be laid by a queen or worker.

When a drone egg hatches, the larva is fed royal jelly for 2-3 days. This provides an initial boost of protein to begin developing. After this time, drones are only fed a mixture of pollen and honey, aka bee bread.

It takes around 24 days for the larva to develop into a pupa and transform into a bee.

How to recognize a drone cell

A drone cell has an easy-to-recognize bullet shape. They are usually laid next to each other in one area, near the bottom of the frame. You’ll also notice that the cells for a drone are bigger than worker bees.

Drone cells take longer to hatch which appeals to predators like mites. They have longer to feed on the food source and more time to reproduce. Mites also enjoy the protection of a capped cell. Beekeepers should keep a close eye on drone cells, making sure they’re free from pests.

In most hives, drone bees are far outnumbered by worker bees, but they’re a crucial part of the colony. Without them, the queen couldn’t produce fertilized eggs and the whole hive would die out.

You’ll find drones easy to spot, thanks to their long wings, large legs, round butts, and big eyes. If you think you’ve spotted the queen, chances are more likely it’s a drone as they’re similar. 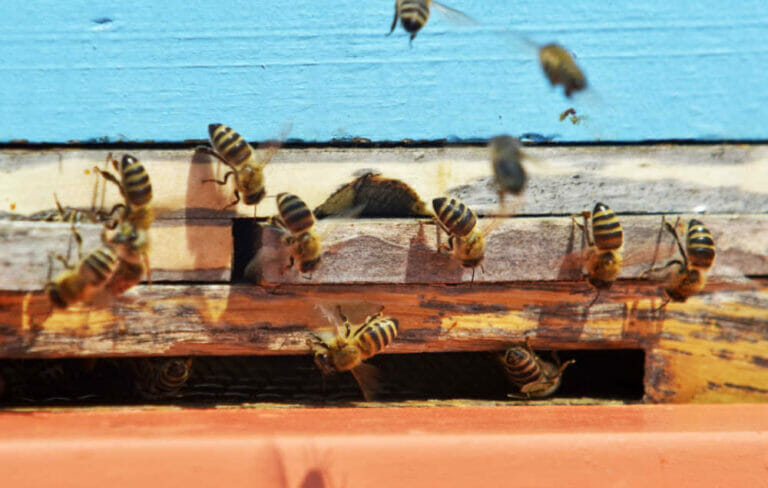 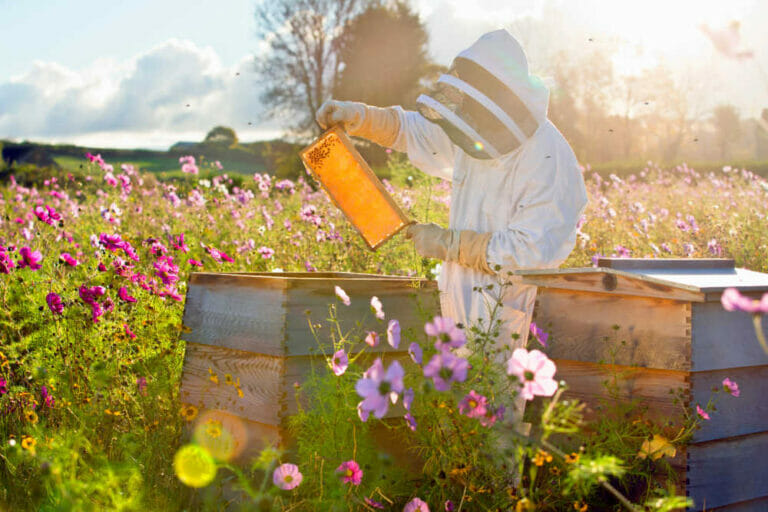 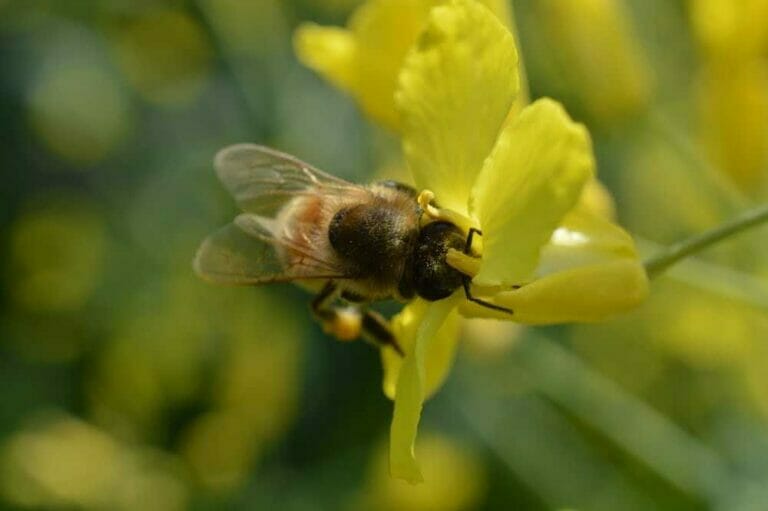