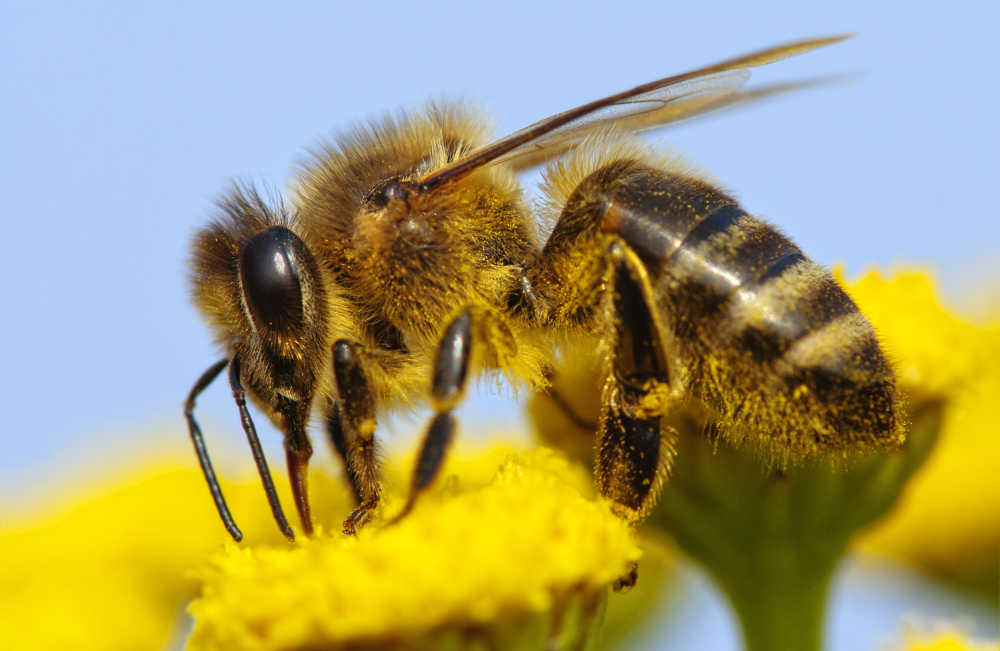 Russian honey bees are from the Primorsky Krai region of Russia. Since their arrival to the United States in 1997, they have grown in popularity amongst local beekeepers. They have excellent pest tolerance combined with high levels of productivity. Beekeepers in America’s northern states will also appreciate their overwintering abilities.

You might also want to read our article of honey bee breeds to learn about all the popular races and how they compare.

Characteristics of a Russian bee

Russian bees are a moderately gentle race, much like Buckfast bees. They can get a little more aggressive than the Italian bee but aren’t a problem to manage as a beekeeper. As with any breed, their temperament will vary depending on the strain and hive.

The Russian bee pays close attention to its available foraging resources. During times of dearth and food shortage, brood production will be massively scaled back. This is a useful feature if your hives are located in a climate where forage is heavily dependent on the season.

Russian bees often build queen cells and raise queens without swarming. Researchers believe this is in anticipation of something happening to the current queen.

While most queen cells are destroyed before the queen emerges, roughly 20% of hives will allow two queens to coexist in the hive. This behavior would never be seen with other bee breeds.

Are Russian bees resistant to pests?

Although they are not immune, Russian bees have excellent natural resistance to tracheal and varroa mites. They also have some resistance to American foulbrood and early research is promising for small hive beetle as well.

During inspections, you may detect some mites, but the colony usually only needs a soft chemical treatment once a year. You can check out our guide to varroa mite treatments to learn more about treatments like formic acid.

Keeping on top of varroa mites is important to the survival of Russian bees. While they have some resistance to varroa, the diseases that these mites transmit are a bigger problem. Diseases like black queen cell virus and deformed wing virus can both take a hive down.

Russian bees are much more aggressive than Italian bees towards varroa. Some of the ways they stamp out this mite include adjusting brood production, grooming, and hygiene.

Brood rearing: during a pollen and nectar dearth in summer, the hive sharply scales back its brood production. This impacts the varroa mite’s ability to reproduce. It also exposes any mites to the hive as they don’t have capped brood cells to hide in.

Varroa Sensitive Grooming (VSG): Russian honey bees will actively groom themselves by biting the mites. This grooming behavior may kill or badly injure the parasites. Studies have found that grooming can reduce varroa infestations and increase the colony’s chances of successful overwintering. Source.

Varroa Sensitive Hygiene (VSH): when worker bees detect female mites in their brood, they uncap the cells and expel the developing mites. While this will stunt the hive’s growth temporarily, it’s also a highly effective method for removing these parasites.

The challenges of using Russian bees

Russian honey bees quickly respond to environmental cues like the amount of nectar and pollen available. When food sources are plentiful, the colony will build up its brood stock fast. Without proper hive management, swarming is a strong possibility. Beekeepers should ensure the queen has space to expand her brood nest and sufficient drawn comb to lay eggs.

Another challenge to working with Russian honey bees is requeening a hive. They are tougher to requeen and will take longer to get accepted by bees of another stock. The queen can take up to 16 days to start laying eggs which is much slower than Italian bees.

Can I requeen an Italian colony with a Russian queen?

Requeening a colony of Russian honey bees with a new Russian queen shouldn’t require a 4 week acclimation period. It usually only takes a few days for the hive to accept her odor.

The desirable traits of a Russian honey bee diminish as it mixes with other races. This makes pure Russian bees a sought-after type of bee.

What are Cordovan bees?

What’s the difference between Russian and Italian bees?

Russian and Italian bees are both excellent breeds for beekeeping. Italian bees are often less aggressive and rear brood continuously throughout the warmer seasons. Russian bees are more resistant to pests like tracheal or varroa mites and deal with cold winters better. They only rear their brood when pollen is available.

Carniolan and Russian honey bees are both excellent for overwintering in cold climates and neither is well-suited to climates that have mild winters. Russian bees are more aggressive and have better mite resistance. Carniolan honey bees are typically better honey producers and require less hands-on management to avoid swarming.

How do Russian bees compare to Saskatraz bees?

The Russian and Saskatraz honey bees both overwinter well, have good resistance to mites, and are great honey producers. Russian bees are a pure strain originating from Russia while Saskatraz bees are a hybrid developed in Saskatchewan, Canada.

Russian honey bees are well worth considering for a hive in the United States. They’ll fare best in states that have cold winters. Overwintering and their ability to deal with pests are their biggest strengths.

Keep in mind that this breed isn’t immune to disease. So even if they do keep varroa mite numbers under control, the bees may still contract viruses.

As a beekeeper, managing a hive of Russian honey bees requires a hands-on approach. Inspections should pay close attention to disease symptoms. To reduce swarming, watch closely for hive buildup when pollen is available. 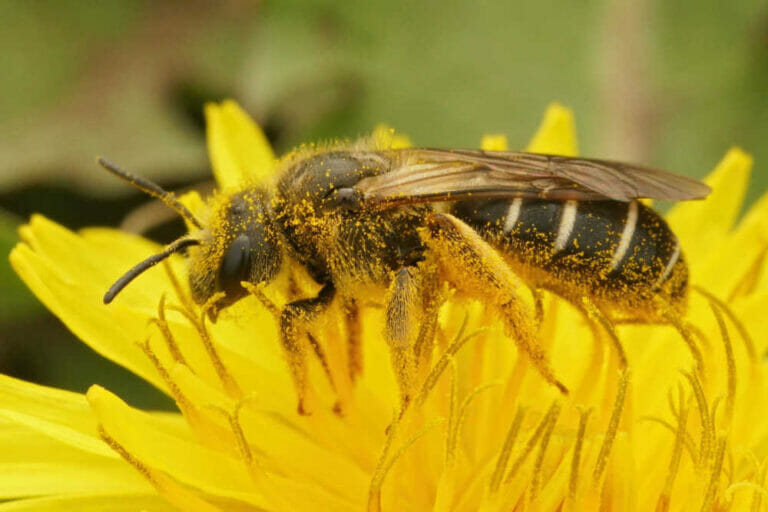 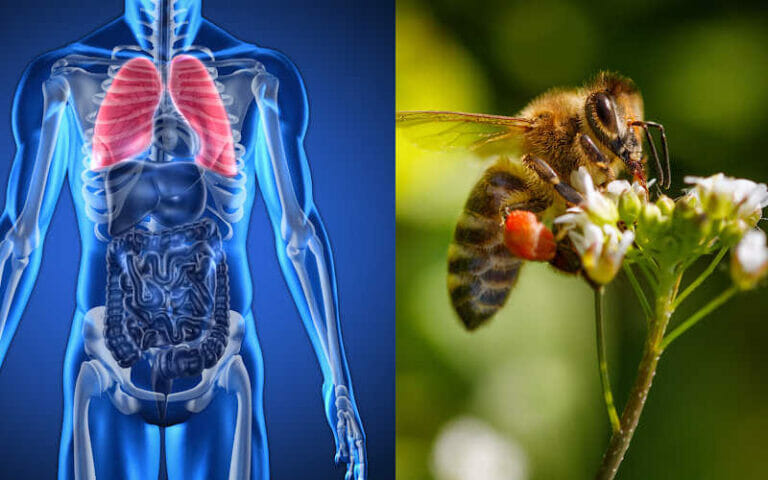 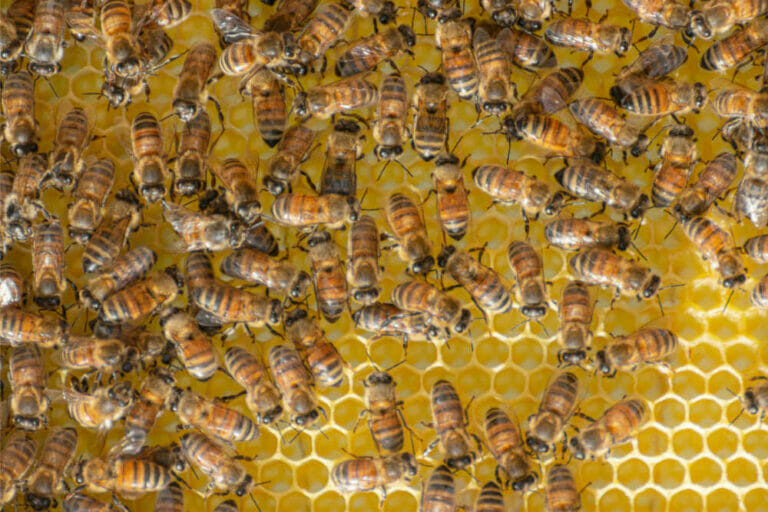 Carniolan honey bee: Apis mellifera carnica Carniolans are a subspecies of the western honey bee, native to the Carniola region of Slovenia. They’re a popular choice with hobbyist beekeepers in… 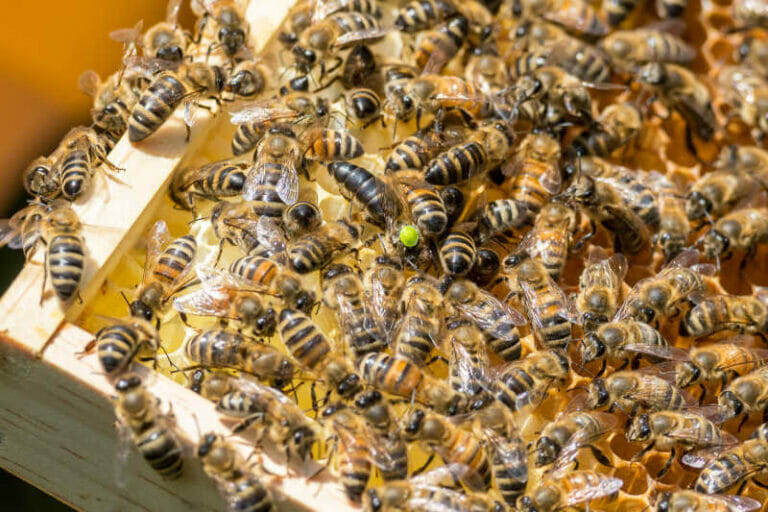